Whoa. I apparently got called out for my last post not having an update. My best friend says:

“After 5 days we get this? Pff- I’d say someone is getting in the way of your blogging.”

First of all, Erin, we talked yesterday. You know everything. Hahaha. Ok. Second of all, I do need to update the blog, I suppose, with something more substantial.

Last week, didn’t really feel like blogging. Or, I did, but there were things that I was working out that needed to be talked out or written out in my journal for just me. You know? I love blogging and getting feedback and support from ya’ll, but somethings are just not right to be posted on a public blog…. especially one my mom and grandma read (LOVE YOU!).

I went and saw (500) Days of Summer last week with Terra. And I freaking loved it. 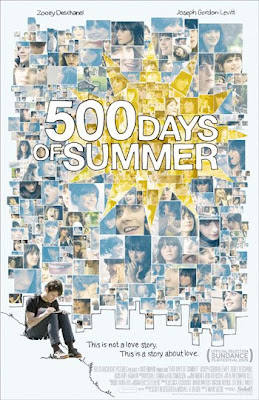 Ashley did a really great job of describing the movie in her post. The movie preview says that it’s not a love story. And they were and weren’t lying. The movie follows a relationship from beginning to end. And it does it creatively, beautifully, and well. And its not a surprise that they do not end up together at the end of the movie. But here’s the thing, I guess to me that doesn’t make it any less of a love story. Relationships are not any less of a love story if they end. You know? The parts at the end were hard to watch, parallels with my break-up with Ryan…. but just because Ryan and I didn’t make it, didn’t mean we didn’t love each other. And it doesn’t mean that what we had wasn’t a love story. It was. Anyhow. Loved the movie. Go see it. Then come back and tell me how you also now have a crush on Josephy Gordon-Levitt. Just saying.

Speaking of Ryan. Recently he had been texting and emailing a lot. Like every day. Emails and texts of little things that made him think of me I guess. But, it was getting a little much. A little confusing.. so Monday I told him that he needed to stop. He wasn’t trying to be mean. I am sure it makes him feel better about the way things ended to know that I am okay, and we are amicable…. but amicable does not mean friends. We can’t be friends. Definitely not now. Call me when we’re both married with children and I’d love to hear about your life… but that is just not an option right now. It’s to easy too miss him. And it was REALLY hard to tell him to stop, cause I know that he will. No more contact. It’s done. Sigh. The whole breaking up thing is REALLY hard, in case you were curious.

Last weekend I went and visited Spencer in Hollywood. It was the perfect weekend really. We didn’t make plans, aside from visiting Jimmie and Anthony, so we just got to be. We watched movies. We went shopping. We ate amazing pizza…. but mostly we drove around and he sang. I feel like the most vivid memory I will have of this summer is of us in his car driving with the windows down while he sings to the radio. 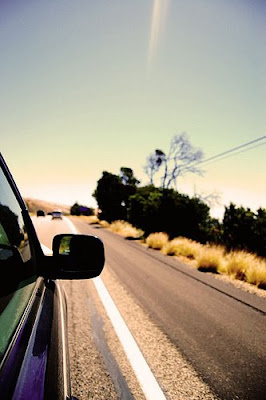 The whole Spencer thing is kind of crazy. Without any real idea of how things will end up, we just need each other right now. And for now, that’s all that matters. 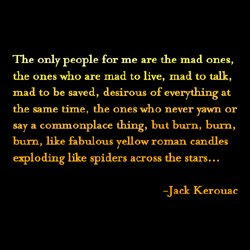 This quote IS Spencer. Funny story. I have a thing for creative men. Like whoa. And I am dating the most creative man right now. And he is the reason I started writing back in high school. We dated for a year when I was 16, and I began to fill journals with things. (BTW remind me to tell you how he broke up with me back then. It is the WORST line ever.) Anyway, I filled pages with quotations that really GOT how I felt. There is so much power in having the words to adequately express yourself. And it was falling in love when I was 16 that pushed me to FIND THE WORDS. I was bursting at the seams with all these emotions I had never felt before! I needed to name them! Since then, I have filled dozens of journals with my thoughts, and with other people words. And now I am falling for him all over again, and its SO FREAKING COOL.

Passion is just not a negotiable character trait. And I love that Spencer feels the same way, because I don’t think life could ever be boring living that way. As I am rebuilding, redefining, etc post-horrendous break up, I know that having his voice in my ear telling me to find my passions and not to be afraid is the most amazing thing anyone could do for me right now. He is life altering. 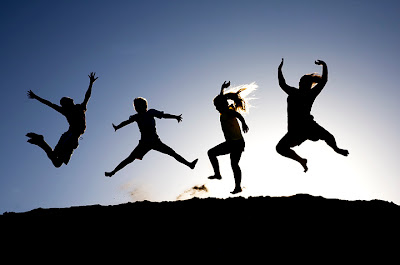 OMG.
I got the job.
I am about to get in my car and drive 6 hours to pick out an apartment.
I am so freaking happy.
When I can’t sleep. Flip around so our heads are where our feet were. Why is this so much more comfortable? I slept like a BABY last night. 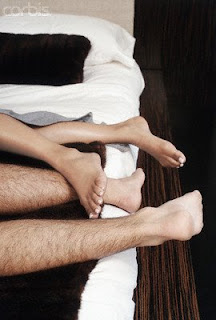 This just made made my day. I could write an entire ode to my crockpot. (Side note: It’s totally not even my crockpot… I borrowed it from a friend and never gave it back!!! But I swear I am not horrible! We have discussed how I still have some oit and we just haven’t been coordinated enough to get together to return it. ) 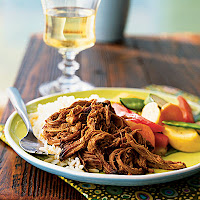 and then this Beef Daube Provencal! I am pretty sure Beef Duabe Provencal just means Country Beed Stew, but it just goes to show how things sound better in French… 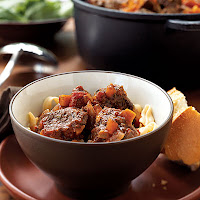 The list over these and another 6 recipes can be found YONDER.

I love sitting here at work, knowing that dinner is cooking. And I don’t need to do anything!!!

Do any of you have any tried-and-true crockpot recipes to share?? 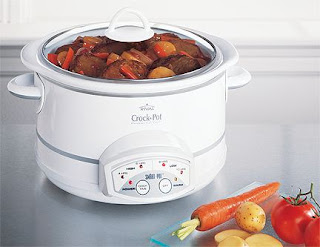 Be obsessed with ham. What do you want to eat for lunch? Ham, duh.

Oh my boyfriend is cute.

When I go lay down to take a nap. Curl up with me and keep me warm.

When my precious Blackberry starts crashing and making me crazy. Give me a new battery with no fee, hassle, or questions and send me on my way is less then five minutes. Well done AT&T. 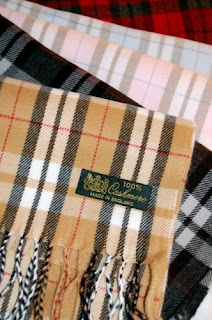 Give me a cashmere scarf that perfectly matches the random outfit I wore today.